Stonehouse, or Burdett Road as it was renamed on the 17th September 1951 owing to the confusion with the Midland  station, was again of Brunel design although rather Spartan. It had a fine stone shelter on the up platform which retained its high angular chimney until general demolition in the 1970's. The down platform was built very much lower than normal and this meant a long step down for passengers. A covered footbridge linked the two platforms at the eastern end. The goods shed and cattle pens were situated in the small goods yard, but the latter had disappeared by 1922. The signal box, sited at the eastern end, controlled the line from Standish to Stroud and managed to survive demolition when the station was modernised in 1976. The down platform was rebuilt to standard height in 1976. 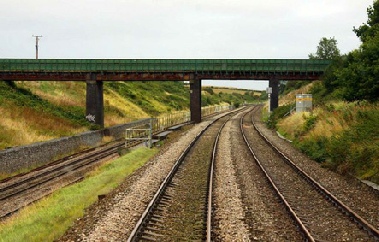 After Stonehouse the line curves northwards towards Gloucester to meet the Midland line from Bristol at Standish Junction. Here crossover points allowed interchange between Midland and Great Western lines to and from the Bristol and South Wales directions. Waiting sidings were positioned on the up Great Western to the Gloucester side of the road bridge. The two Companies lines then ran parallel to Tuffley.

An early GWR rule book stated that Great Western engines between Cheltenham and Standish were distinguished from Midland engines by having two white diamonds painted on the buffer beams, and at night by an additional white light under the usual one.

After Tuffley the Midland line swung away to the west into its loop to Gloucester Eastgate, while the Great Western line carried on, passing the avoiding line and crossing the Midland metals at Tramway Junction. Then it was a straight run past the Horton Road engine shed and into the Central station. 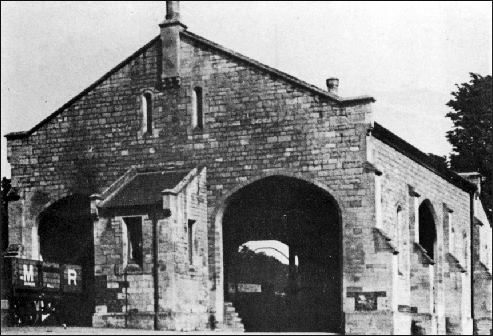 Stonehouse station with its typical Brunelian style buildings. Its name changed to Stonehouse Burdett Road in 1951after passengers muddled it with the Midland’s Bristol Road staion. This station above all others saw the nastiest results of urban vandalism when the fine historic buildings were demolished and replaced by crude bus shelters. 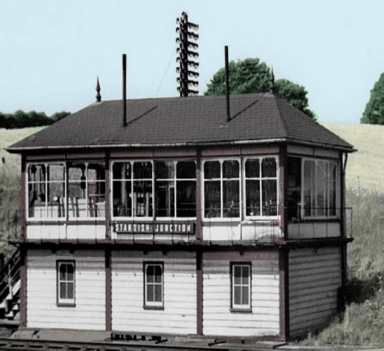 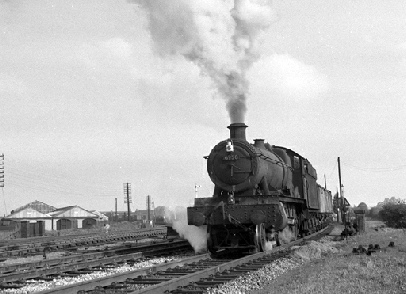 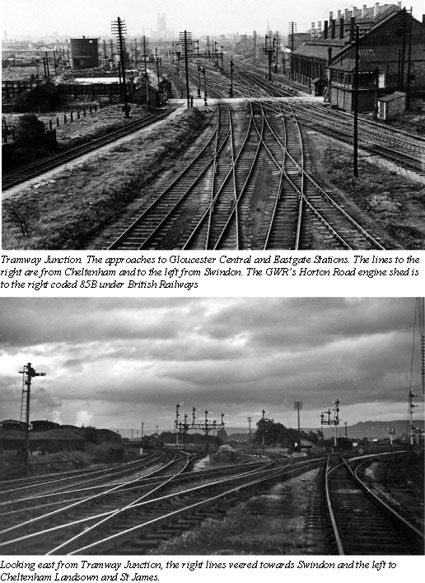