Cirencester, or Cirencester Town ,as it was renamed in July 1924, became a branch line terminus after the opening of the Kemble to Standish section. It had an extensive layout for the size of the town. The passenger station, however, only comprised of a single platform. apart from a large two road goods shed, it had cattle pens and wagon loading bay, to serve the expanding agricultural community. A single road engine shed stood off a loop at the Kemble end. The yard sidings were relaid in 1922 adding four storage sidings and a pig wharf.

Cirencester station building was designed by Brunel and R.P. Brereton, his resident assistant, and is a good example of Victorian railway gothic style architecture in stone. Originally built with a small overall roof, this was removed in 1874, the standard canopy replacing it not giving the required balance and making the building appear tall and narrow, when viewed from the ends. In 1956 partial rebuilding took place by H. Cavanagh who retained the old style. A new ticket office was built at the front of the station with a waiting room adjoining.

On 2nd February 1959, like the Tetbury branch, steam gave way to the diesel railbus, but a new halt was opened at Chesterton Lane. The measure proved popular and on the 4th January 1960 Park Leaze halt was opened. It was intended that the Cirencester railbus would run through to Swindon but it would not operate the main line track circuits. An interesting feature of this branch is that it has the first railway bridge to cross the Thames, the line being close to its source.

In September l842 driver Jim Hurst was accused of taking passengers on the engine from Kemble to Cirencester for payment. He was required to answer the charge in the Board Room at Paddington. Hurst was able to present a letter from one of the joy riders certifying that no payment had changed hands, and he merely received a reprimand. 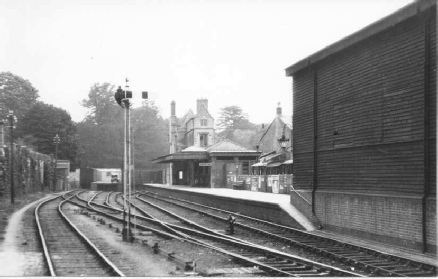 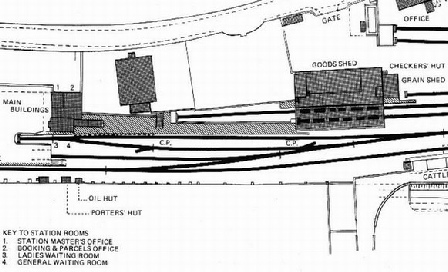 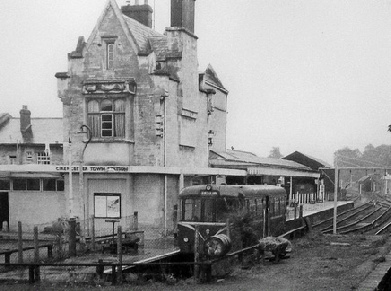 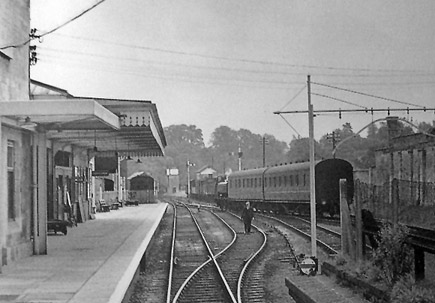 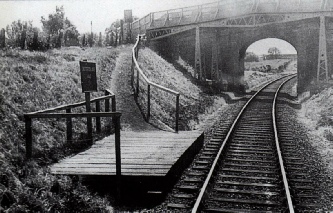 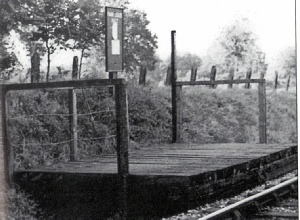 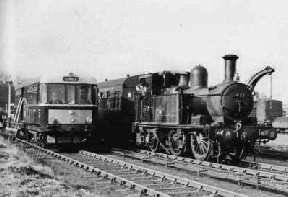 The old and the new forms of traction. The passenger cabin of the railbus smelt heavily of diesel fumes and was a very uncomfortable ride.